MUR printed a solid hammer candle on Jan 14 with decent volume and has remained above RSI 40 as its worked its way lower into prior SupRes box- the top of which was 62.80 level.

On Jan 17 MUR traded through all high prints since closing below 62.80, tested monthly SupRes 63.40 then closed lower on the day just below the 9vWMA.

MUR monthly was still biased higher if it could hold above 62.80. The recent hammer lows not far from weekly long term SupRes at 61.45.

On Jan 21 MUR had a gap higher open above the 9vWMA. I bought in after the OS as it seemed to want to hold the gap. I was almost immediately aware I had chased. I even told myself that I could wait till 63.40 was held and not miss a thing.

I ignored that voice based on the hammer candle, prior consolidation zone Res now Sup, RSI, MACD, Monthly bias and most importantly a stop below the hammer lows.

MUR headed lower through out the day testing the lows of Jan 13, trading through the open of the hammer and only started diverging after the lunch hour.The voice of patience was right.

But MUR closed strong off the lows of the day, mostly because it put me even, but it was above the 9vWMA and accompanied by some AH print volume not seen recently. Still did not have the 63.40 level however. 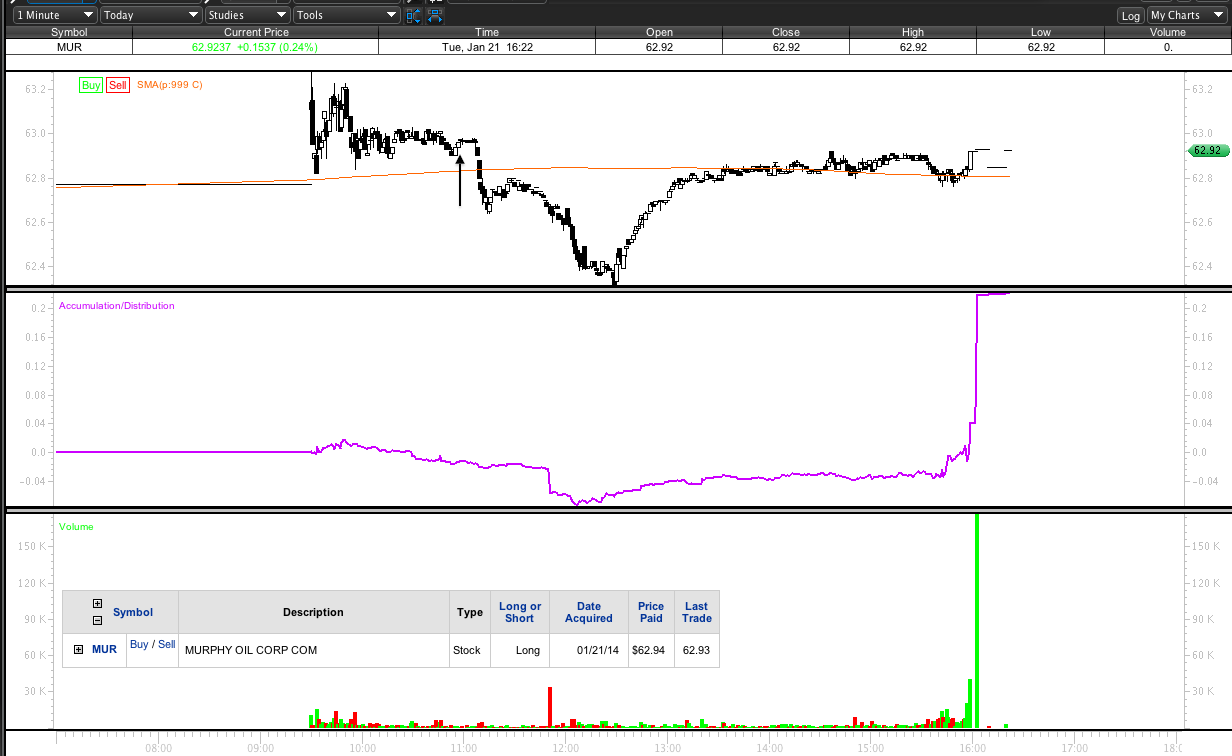 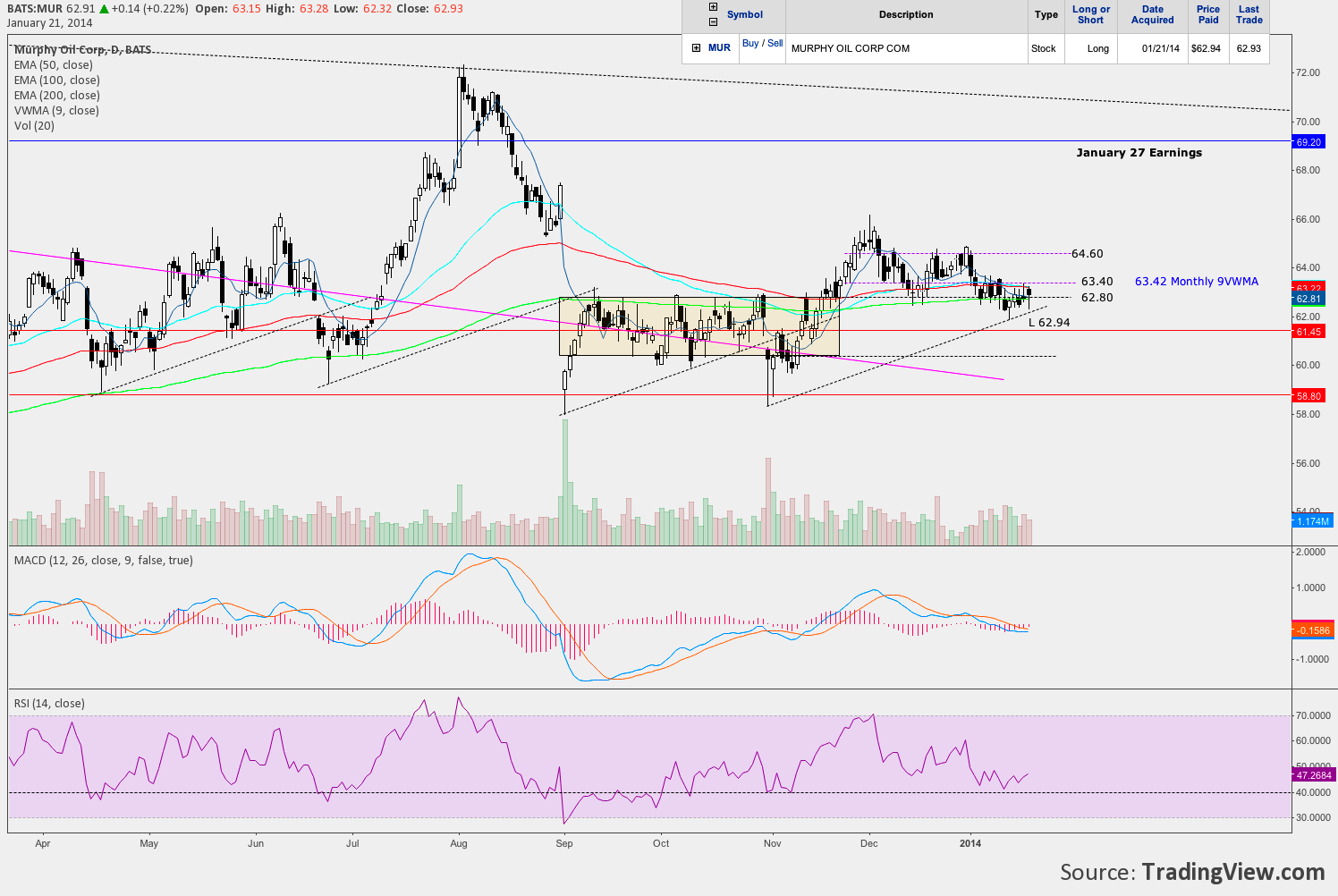 Today Jan 22 MUR traded higher off the open through 63.40 and through the prior consolidation highs printed with support at 62.80. Similar to action seen on the 17th through prior highs.

Todays close held 62.80, the 50, 100, 200 DMAs and 9vWMA but was weak into the close and did not hold 63.40. Prints of 98K and 38K in the AH at time of post whipsawed intraday accumulation distribution readings for the session which where bias to close on highs.

RSI is rising through 50 and MACD signal looks ripe to cross as well as zero cross soon with continued strength. Volume was light.

Its hard to say the voice of patience isn’t still right. 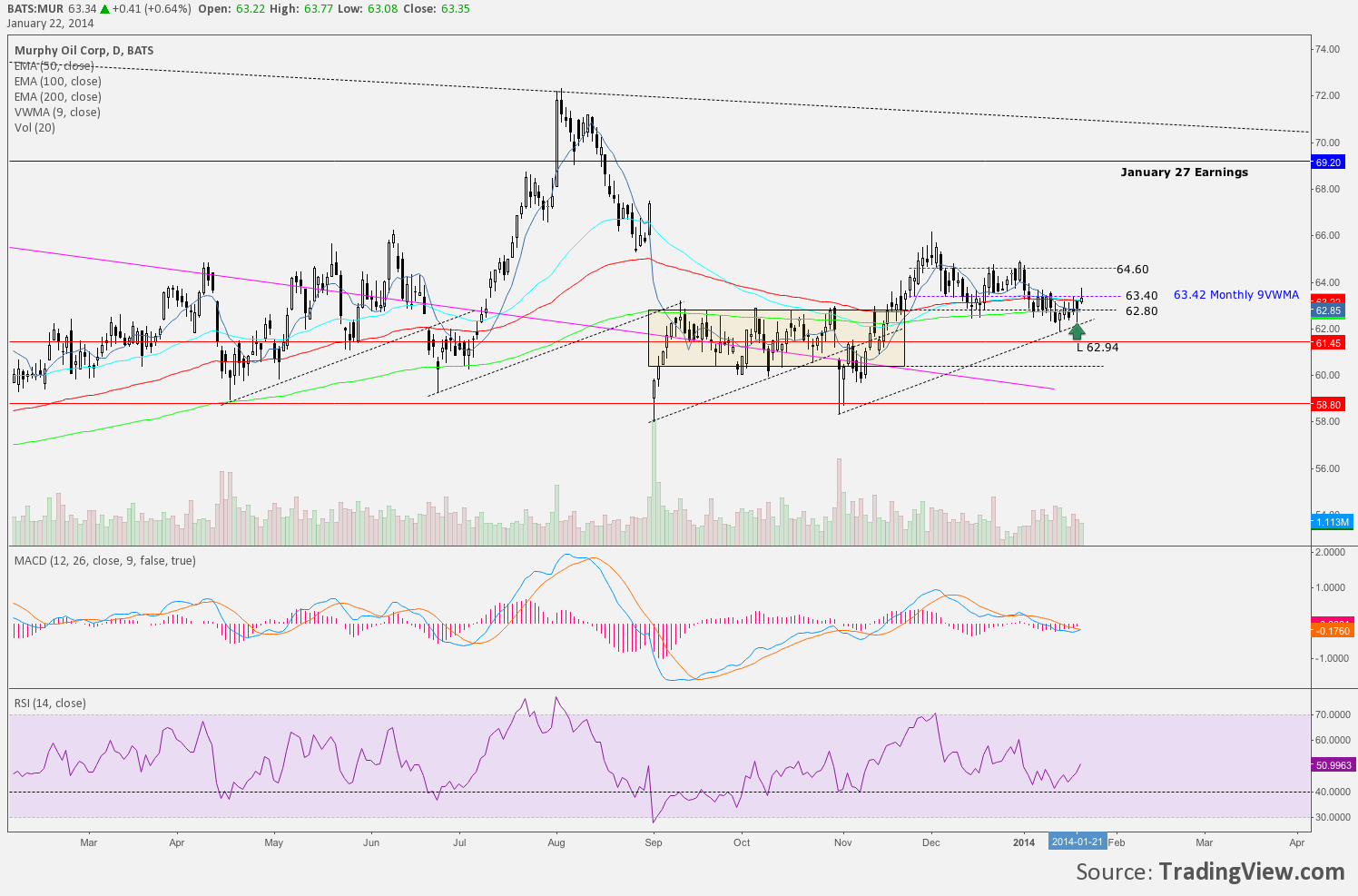