Another go at RF I do not have screen grabs of the chart entry.

Below is a late day look at the KRE on June 2 setting up for a break higher through short term resistance. Although the scenario is marked for lower RF has a long term outlook above 10.55 Weekly for higher. The price action in both charts was similar. 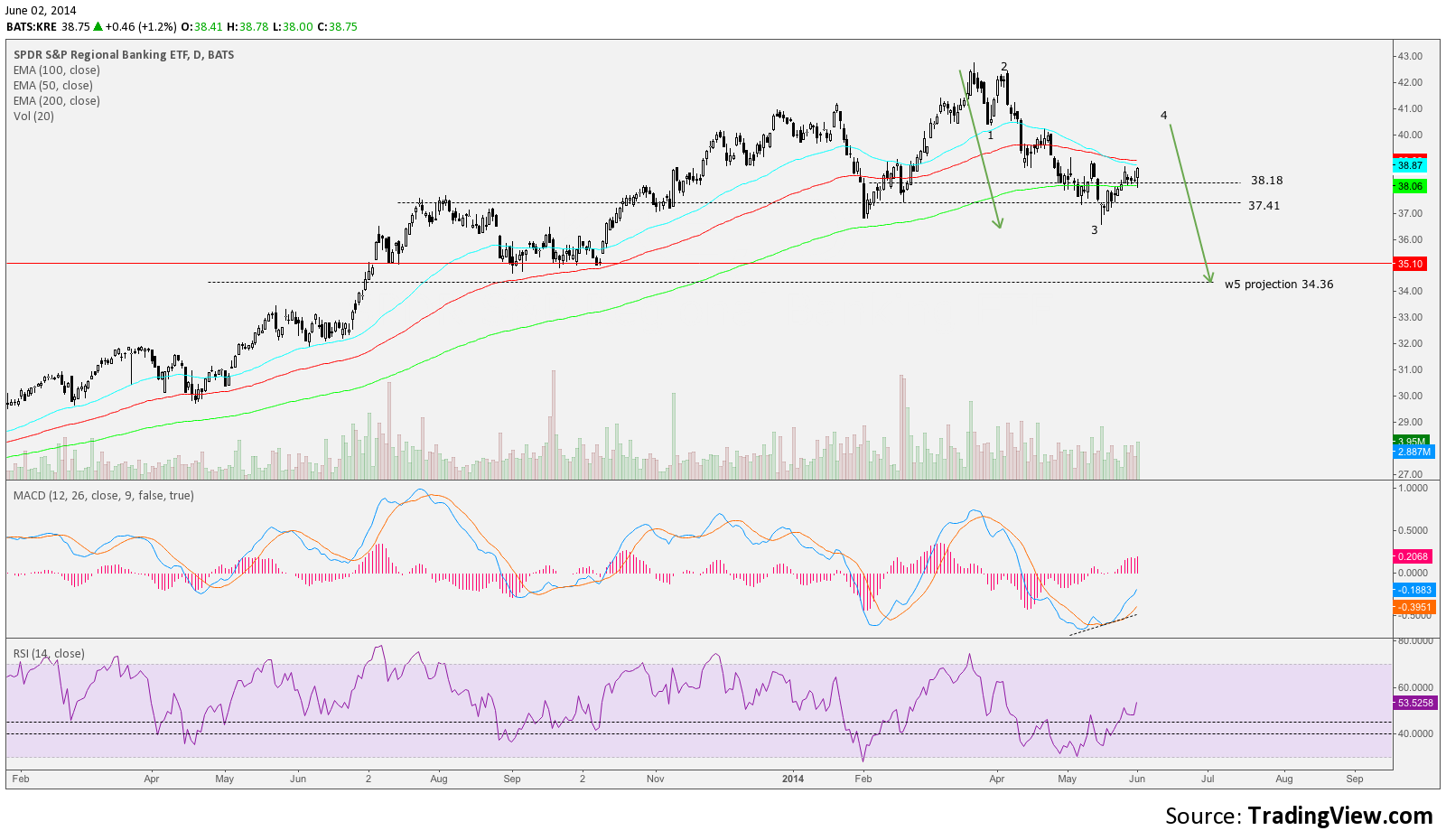 Below is again a chart of KRE with updated scenario on June 16. Follow through expected in both RF and KRE achieved higher high through short term resistance. Now a higher low was needed to kick off a longer term bullish look in RF and KRE. 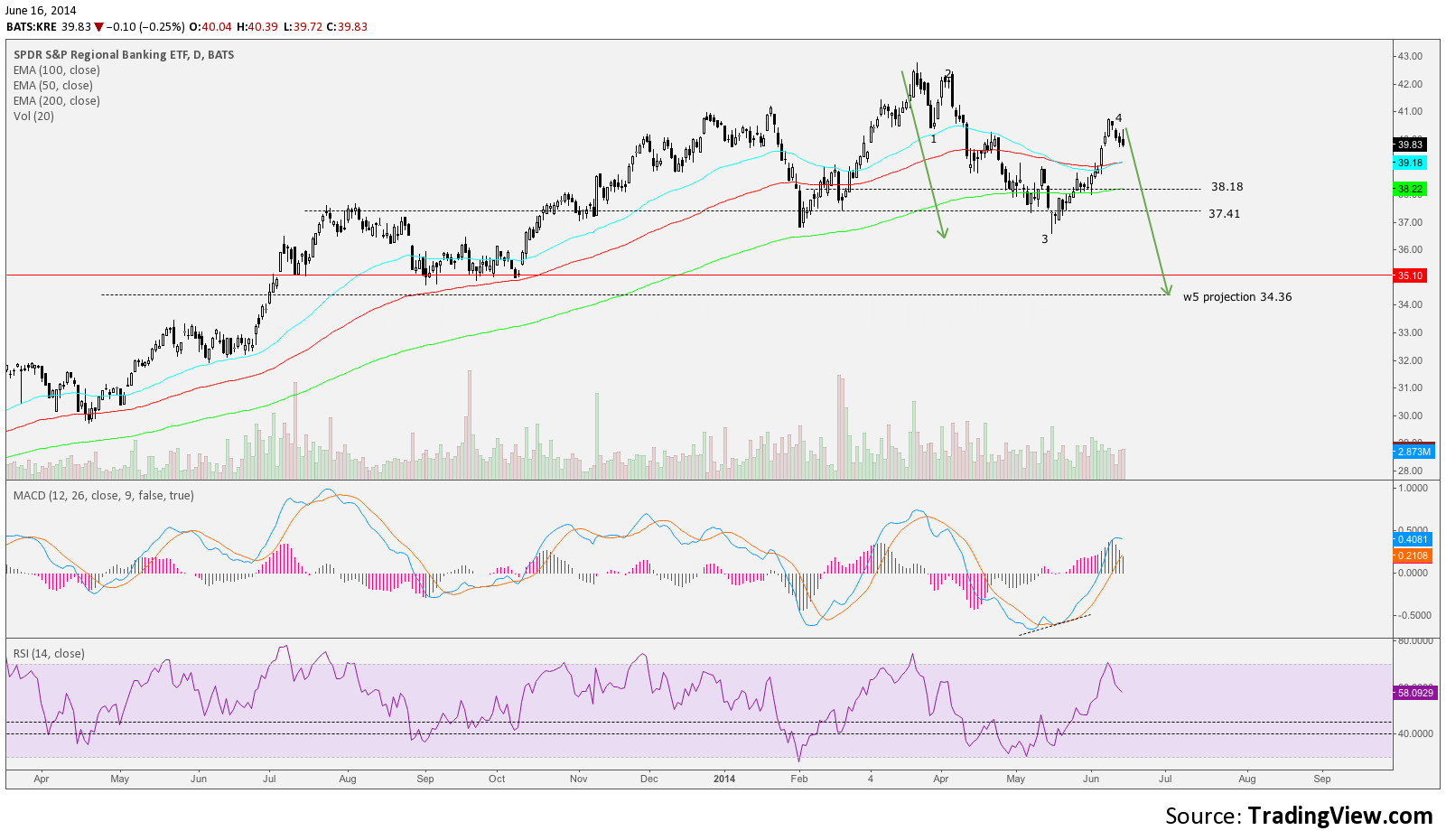 June 26 pull back in RF appeared constructive to building a base above prior resistance, 30 min chart of RF below shows accumulation leading. 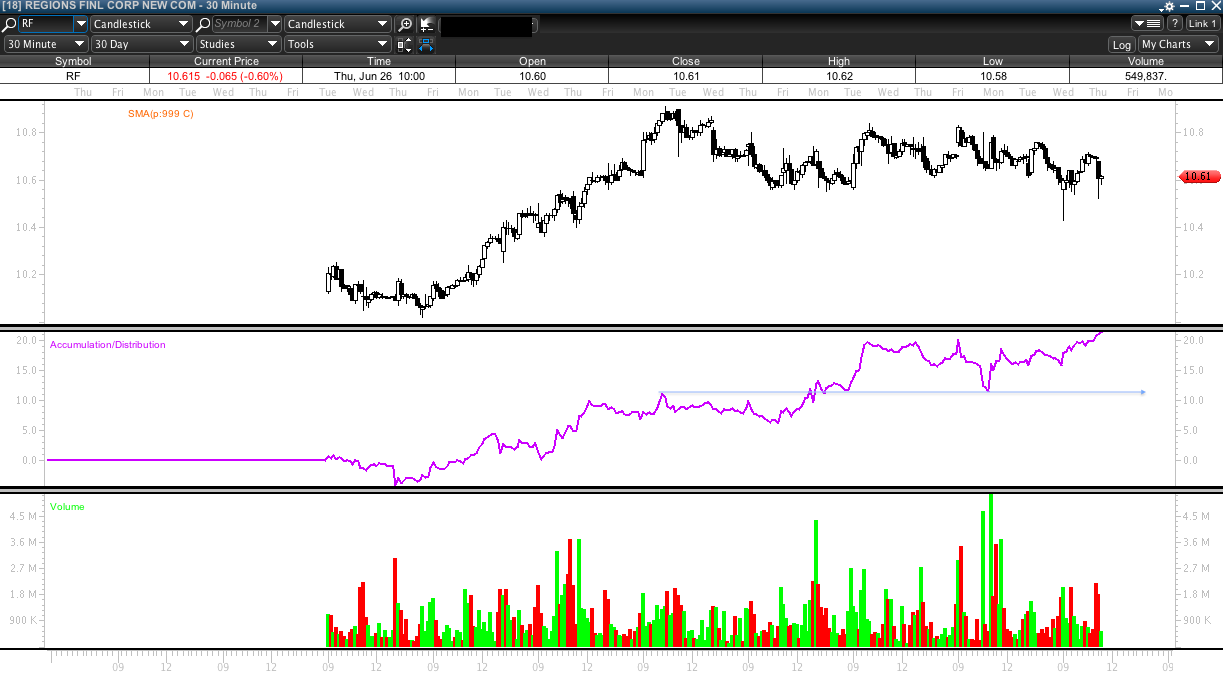 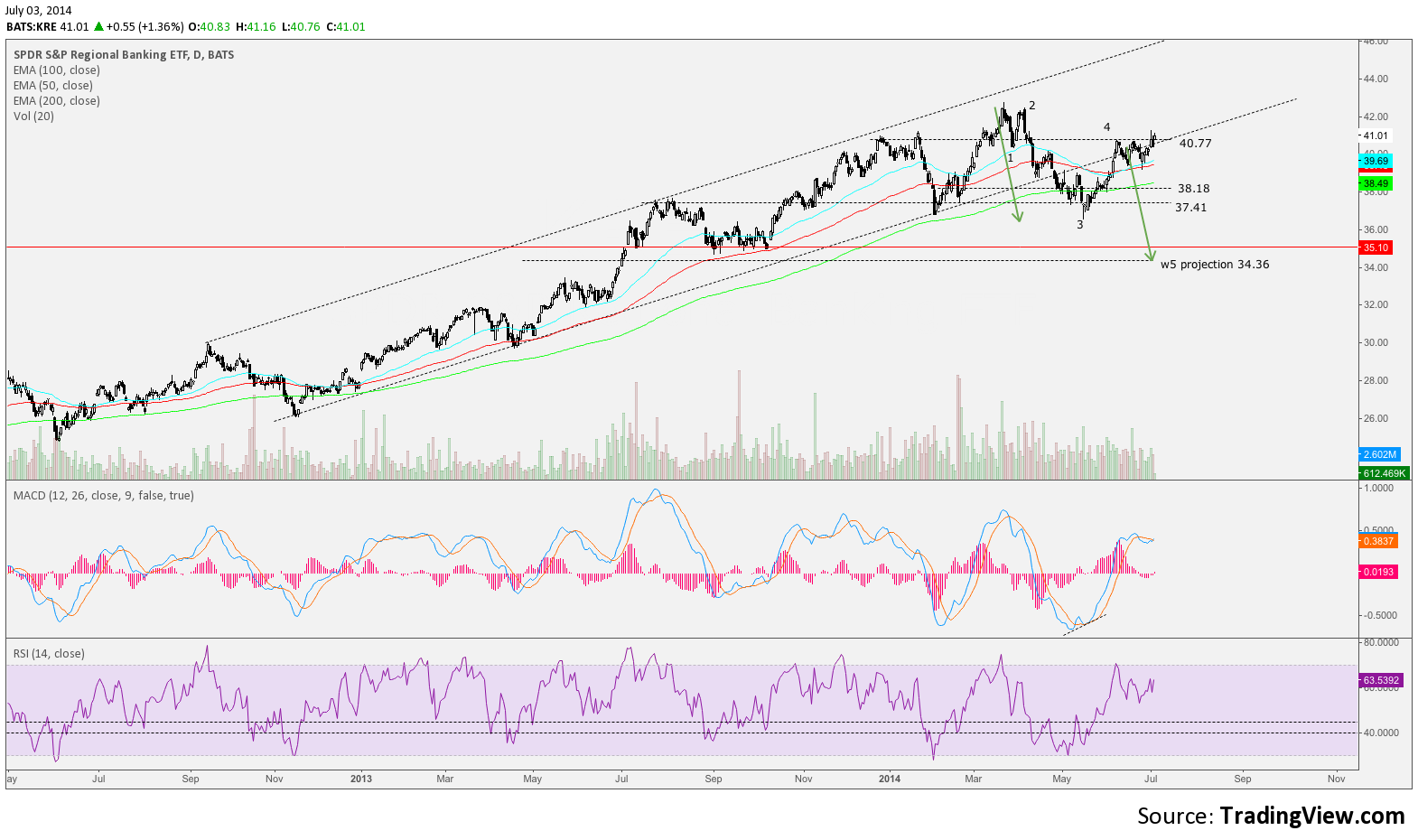 At this point in time, second week of July, I lost all my TradingView charting for the prior two years because of server issues/file issues at TradingView… who knows.

KRE gapped lower on July 7 continued showing weakness but holding above the 50DMA. On July 16 KRE printed bearish engulfing and gapped below the 50DMA on the 17th. 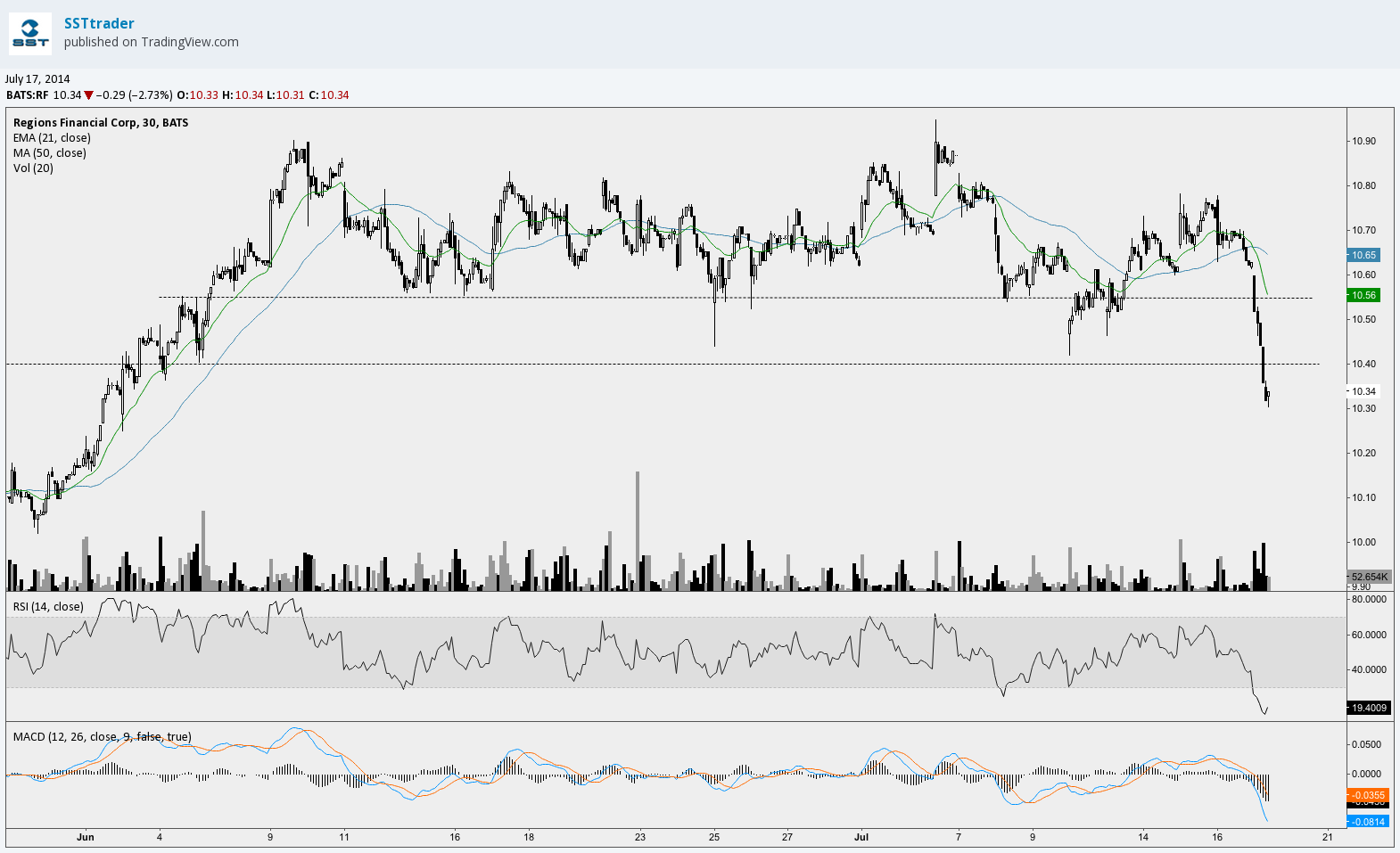 Kind of frustrating when that happens but there were many things going on in the world today and markets kept pushing prices lower. Below a 30 min EOD chart. RSI showing some signs of divergence at the 10.20 level in extreme oversold zone similar to the low made in mid May which was a pivot low. I would prefer to see a little longer duration at this time frame but the news flow was heavy adding to the urgency of this push lower. 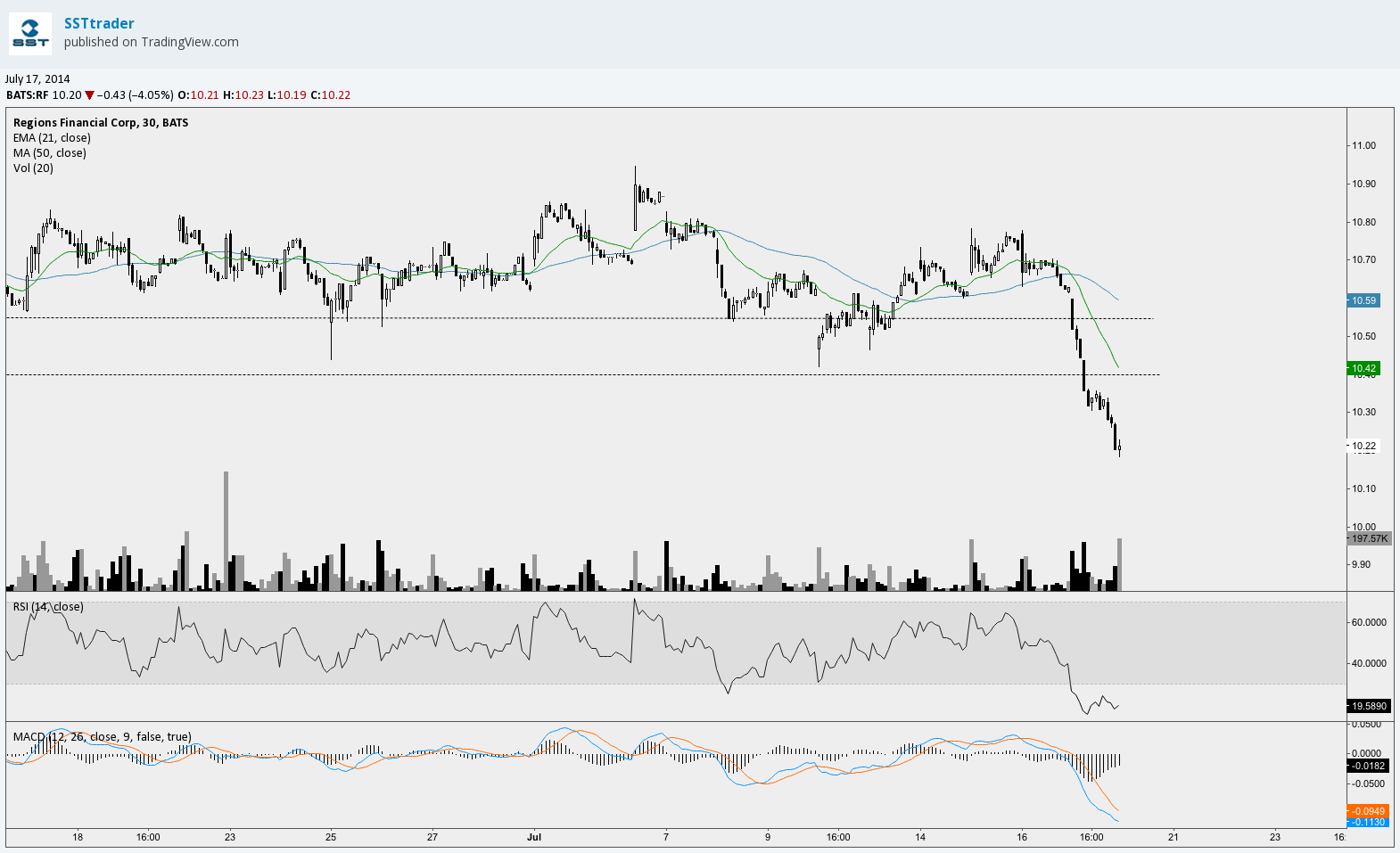 A daily chart of RF below July 17 EOD showing initial entry order, add and damage through my stop today. I may have to set my expectations a littler higher on RF if I take a long again 10.55 is not as sturdy as it appeared to be. 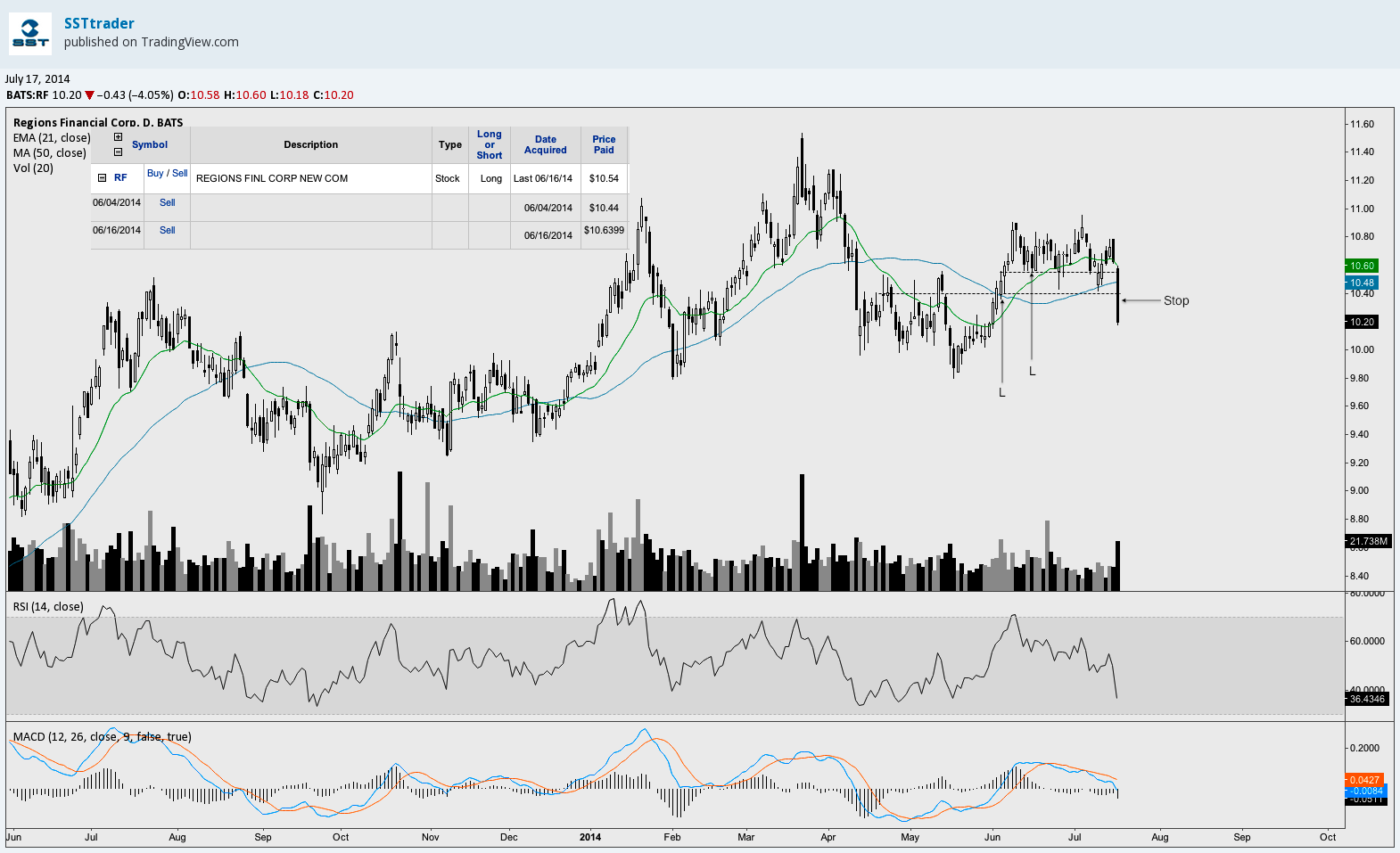