I’ve been creating a small position in SCO- short oil. My negative bias is a result of the thoughts below yet the technical set up for the charts is choppy and at the present time probably more bullish than bearish. I feel what oil has been doing is taking fear out of the market. If ever possible now could be the time.

US energy revolution in shale oil leaves the space with truly too many cooks in the kitchen. OPEC will more readily agree to disagree and everyone will fend for themselves. The US has a tremendous opportunity to remove itself from the near term equation and supply wars should begin creating bidding wars. This scenario has been talked about for a while now but heres a recent recap- NYT.

As well the controversy on price fixing resembling Libor. Sell your oil forecasts, then make them come true. Great for customer relations, bad for us as consumers and now exposed. Article.

I would also expect that after 3 rounds of QE and no inflation worries that we do actually get a taste of deflationary “worries”, real supply demand reflected and lower prices. And lets face it, is 70$ oil deflationary! I don’t know for sure but I believe that is a cost that producers can work with too.

I also look at the 95-2000 analog of second term Democrats to support that SPY can rise steadily as Oil and Gold roughly fall because I am a bull -currently- on equities. Although I wont ignore price I do believe that fear will continue to leave the market and commodity prices can adjust lower under this scenario.

As well, the AUD has done its “job” as “risk on” indicator and held commodity prices and indexes higher to instill the confidence necessary to move forward. But now it should be a story of America and US dollar strength. I’ve posted charts and thoughst on those scenario in the stream. AUD is particularly vulnerable to lower prices. Still.

Finally, in whats still seen as a mediocre recovery by many after 1000 SPX points higher I do think a rise in oil from here would kill chances of higher equities. The Fed has orchestrated… the market has orchestrated this run off crisis lows with symphonic rotations and I don’t see things stalling out before true believers are everywhere.

The chart below is a little messy. It reflects my negative bias. The TLs are of closing prices. I don’t believe that the breakdown was false, as it stands now oil could be creating a new downtrend channel to test the 70’s.

This grab was taken after NFP, unemployment numbers today which initially created a small push lower. 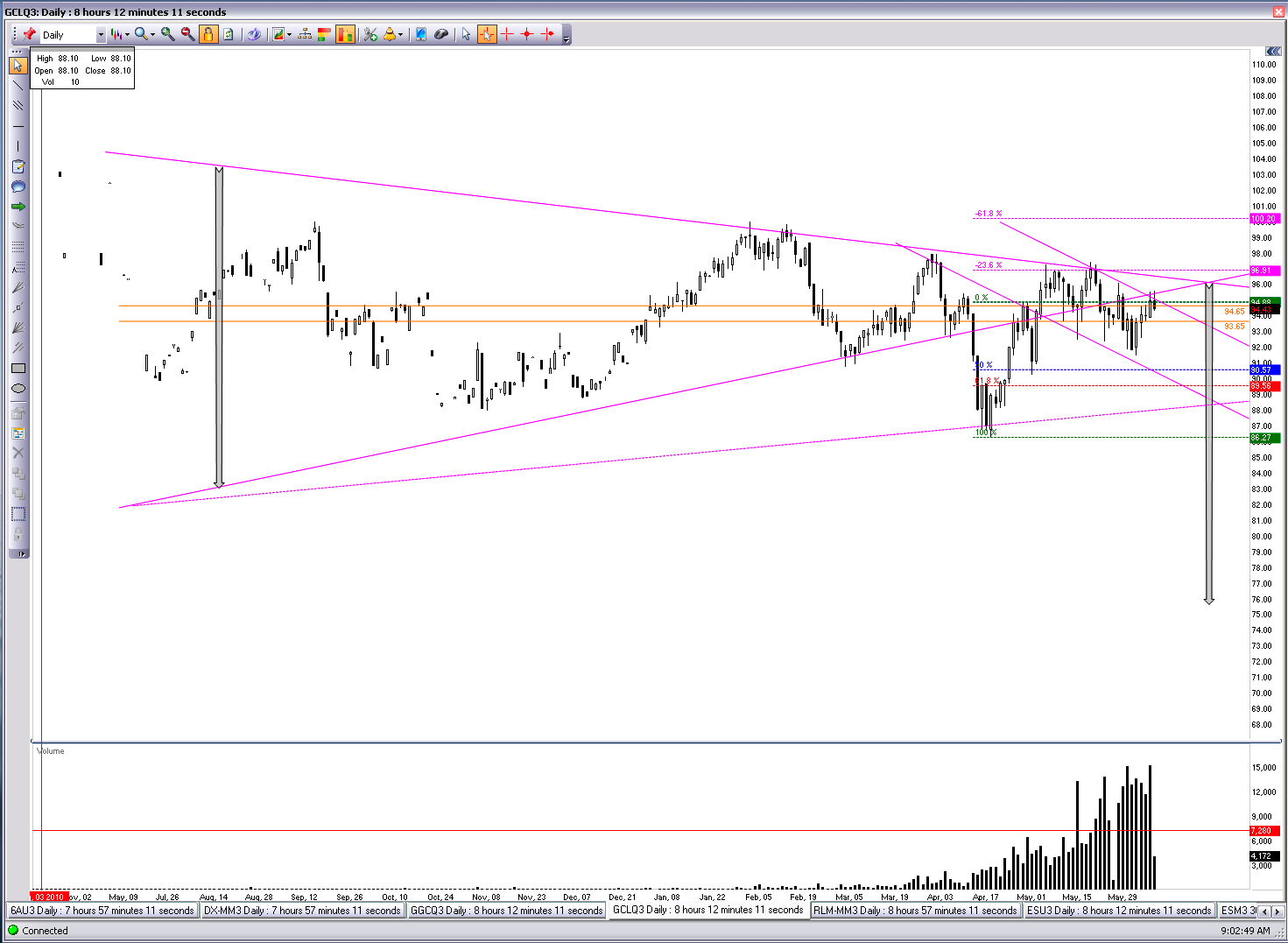